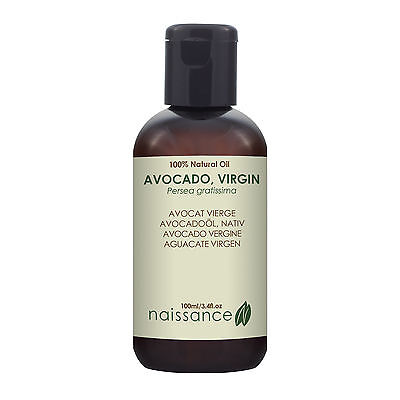 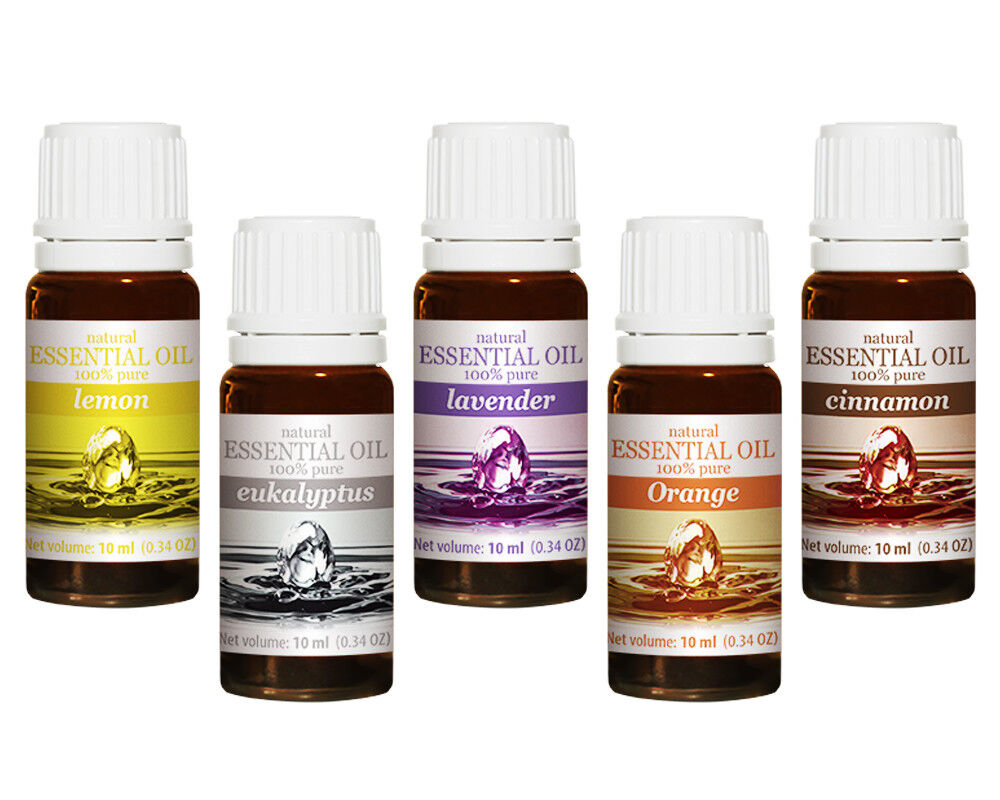 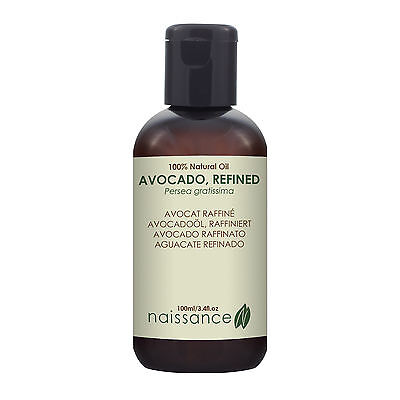 Application:
Main areas of application are the respiratory organs and oral diseases, gastrointestinal complaints,
gynaecological problems, dermatological infections, dental and oral care, as mouthwash
component, nail care. It has sedative, antispasmodic and analgesic effect, at
the same time it stimulates the body`s fluid production. It balances and regulates
the hormone system.

Warning:
Do not use during pregnancy. The oil does not cause skin irritation, has no
phototoxic effects.

Application:  It has antibacterial, antiviral, antiseptic
and antipyretic effects. Because of its antipyretic effects it can be used for
the treatment of colds and respiratory complaints.  It can be applied to varicose vein symptoms as
well as to oily, acne-prone skin, as it has vasoconstrictor and microcirculation-enhancing abilities. Vaporized
it refreshes the air of the room, deodorizes and disinfects. Besides inhalation
it can also be used for face steaming (for oily skin), for refreshing aroma
baths, saunas, skin nourishing, refreshing massages and baths, too. Due to its
astringent and detoxifying effect it can help to reduce the symptoms of rheumatism,
gout, arthritis and joint pain as well. Because of its powerful
antiviral and anti-microbial effect it is widely used in medical wards and
waiting rooms as well.

Warning: It
is phototoxic, UV radiation can cause brown spots on the skin. Avoid using it directly
while sunbathing or using solarium. Don’t use in hot water bath and protect
from heat! Do not use undiluted!

Application: Citronella essential oil has skin soothing, skin
cleansing, disinfectant and antiperspirant effect and is moreover a deodorizer
and air freshener. It can also be used to treat rheumatism. It`s an anti-inflammatory,
reduces spasms of the digestive tract and has a renewing effect on the digestive
system. It is an insect repellent and is also effective for the treatment of
insect bites.

Mental effects: It can reduce symptoms of depression and fatigue, and has a
refreshing effect.

Warning: May
cause irritation to sensitive skin, so make a skin test before using.

Production: The essential
oil is made of the leaves and stems of the plant by steam distillation.

Application: Due to its antibacterial, expectorant, antiviral
and antifungal effects it can be used for a wide range of respiratory problems.
Because of its anti-rheumatic, diuretic and anti-inflammatory effects it is recommended
for the treatment of respiratory tract problems, skin infections and urinary
tract related issues. It relieves breathing, therefore it is also recommended
in case of respiratory complaints. Due to its cooling effect it is also widely
used as a component of products used for sports injuries and musculoskeletal
diseases. It relaxes the muscles and joints.

Warning: In
concentrated form it can cause respiratory problems in small children, so it should
be avoided.

Production:  Produced by steam distillation from the plant's
leaves and branches.

Application: Because
of its antiseptic, antibacterial, antiviral and antifungal effects it can be
used against respiratory complaints and oral inflammation. It strengthens the
immune system, has digestive and antispasmodic effects. It can be used as
air-freshener and as mouthwash, too.

Warning: Avoid using
it on face because it has a slightly irritating effect. Do not use during pregnancy
and on young children. Do not use undiluted!

Production:
The essential oil is obtained from the leaves and branches by steam
distillation.

Application: The essential oil can
be used to treat and prevent respiratory illnesses. When inhaled it relieves breathing
due to its expectorant, mucolytic and antiseptic
effect. Because of its renewing and analgesic effects it can also be used to
treat sports injuries. It is recommended for refreshing spas, saunas and as an
air freshener. As a component of ointments and other products it can be used to
treat rheumatism and arthritis.

Mental effects: It has stress-relieving
and renewing effects.

Warning: The essential oil
is non-toxic, non-irritating, and it does not have a phototoxic effect. Do not
use during pregnancy.

Application: Spearmint oil has antimicrobial, antispasmodic, carminative, cholagogue, expectorant and anthelmintic effect. It has a degreasing effect if used externially. It is particularly used as an ingredient of digestives, oral care products and toothpastes. The cosmetic industry is mainly using it in soaps and toilet waters (perfume). Mental effect: Renewing and refreshing effect.  Warning: The essential oil is non-toxic, non-irritating and non-phototoxic. Packaging: 10ml

Application: Has a skin soothing effect, supports regeneration and scarring of skin, and for this reason it is widely used for oily, acne-prone skin. Moreover it has astringent, diuretic, tonic and wound healing effects. Mental effect: It can reduce depression, has soothing, refreshing, relaxing and renewing effects. Warning: It is non-toxic, non-irritating and non-phototoxic Packaging: 10ml

Application:
The oil is bactericide and slightly fungicide as well, that`s why it is used to
support wound healing. It is a strong antispasmodic, sedative,
anti-inflammatory and cell regenerating agent. It has analgesic, febrifuge, sudorific,
spasmolytic and antiseptic effects. The major areas of application are sleeping
disorders, anxiety and nervousness.

Application: The
oil is well suited for the treatment of rheumatic pain, as it improves the
blood circulation. Because it is bactericide and slightly fungicide as well, it
is used to support wound healing. It is a strong antispasmodic, sedative,
anti-inflammatory and cell regenerating agent. It has analgesic, febrifuge,
sudorific, spasmolytic and antiseptic effects. The major areas of application
are sleeping disorders, anxiety and nervousness.

Application: The oil extracted
from the fruit of the plant is a very good nervous system tonic,
hence it is recommended to use against depression, nervousness, anxiety and
stress. It has skin toning and antiseptic effects, so it can be used for the
treatment of oily, acne-prone and clogged skin, too. During respiratory
infections it is recommended to vaporize it and inhale it as an additional
component, because the main components of cubeba have a disinfectant and
antimicrobial effect.

Mental effect: It
is called the oil of peace. It is especially recommended for those who are
exposed to continuous stress and would like to relax. It has antidepressant
effects, too.

Warning: It
can be slightly skin irritating, it does not have phototoxic effect.

Application:
It has antiseptic, antibacterial and digestive effects. It regulates the
lymphatic system. Because of its pore astringent effect it can be used as an
active ingredient in face and body creams.

Mental effect: It has a strong
sedative effect, can elevate the mood and revive the life force.

Warning: The essential oil is non-toxic and non-irritating. Do not use while
sun bathing.

Application: It has a strong antibacterial and mucus solving
effect. It has antispasmodic, anti-inflammatory and analgesic effects, so it
can help in case of musculoskeletal complaints, rheumatic pain, arthritis,
joint pains and sports injuries. It can cause plethora, can increase the blood
pressure and reduce the blood sugar level. It stimulates hair growth and
prevents dandruff. It increases mental acuity, therefore also concentration.

Mental effect: Because
of its blood circulation improving effect it can regenerate, improve the memory,
strengthen the nervous system, improve concentration and mood as well.

Warning: Avoid using
it during pregnancy, in early childhood or in case of epilepsy.

Application:  Because of its antibacterial, antiviral,
antifungal effects it can be used in case of respiratory illnesses and intestinal
infections. It is a popular ingredient of mouthwash products. It is an aphrodisiac.  Because of its carminative and stomachic
effects it is recommended to use in case of intestinal and urinary tract infections. It
can also be used to relieve a sore throat, nausea, against distention and to
alleviate toothache.

Mental effect: It
has invigorating, stimulating and refreshing effects.

Warning: Non-toxic and
non-phototoxic. It can be skin irritating. Do not use undiluted.

Application: It has fungicidal,
bactericidal and antiviral effects and stimulates the immune system. Because of
its strong antiseptic and anti-inflammatory effect it is highly recommended
against respiratory complaints. Particularly suitable in case of skin injuries
and skin infections (abrasion, acne or even insect bites).

Mental effect:
Strengthens the spirit and has a renewing effect.

Application: It is an aphrodisiac and can enhance the libido. It
has strongly antiseptic, antiphlogistic, blood pressure reducing, antispasmodic
and analgesic effects. It can be used to nourish and soothe dry skin, but in
case of oily skin it can reduce sebum. 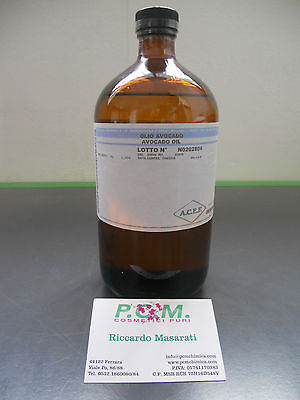